The Novella: A Great Idea Whose Time Has Come

In The New Yorker on October 29, 2012, the Booker Prize winning author Ian McEwan wrote, “I believe the novella is the perfect form of prose fiction.”


Even if that’s an overstatement, McEwan’s article makes a great case that the novella is an important and beneficial form of literature. So why are works of fiction with a length somewhere between short stories and novels almost never published, unless they’re by a famous author?


The main reason is that prior to modern publishing innovations like eBooks and on-demand production, thousands of copies of every book had to be printed, and novellas were too short and inexpensive for publishers to turn a profit on them (unless they were by a famous author and therefore guaranteed to sell enough copies). But those new publishing capabilities have made the printing cost a relatively moot issue, so the novella is now primed to become as prevalent and appreciated as its counterparts. 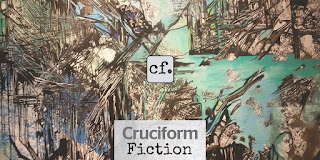 We may be at the dawn of a revolution in fiction publishing—the “Day of the Novella”—and Cruciform Press is hoping to be a pioneer in this new age like it has been with short, practical non-fiction books during the last decade. On July 25 we’ll be releasing the first three novellas in our new fiction line.


Perhaps you’ve thought of some other reasons why there aren’t many novellas in print. For example, an avid reader I know once complained that a short novel is a mere “snack” to her, because she likes to read long epics. But what’s wrong with a good snack? Krispy Kreme donuts are a snack, and so are ice cream and Doritos (or whatever kind of chips you prefer)—even Starbucks. So that shouldn’t be a criticism or reason to abstain from novellas, and they’re not even bad for your health! 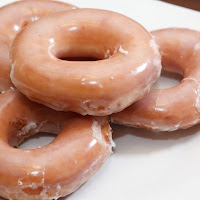 We might assume that novellas are somehow inferior to novels because they’re shorter, but McEwan addresses that issue very well in the larger section surrounding the quote above:


Composers, including those of the highest rank, have never had such problems of scale. Who doubts the greatness of Beethoven’s piano sonatas and string quartets or of Schubert’s songs? Some, like me, prefer them to the symphonies of either man. Who could harden his heart against the intimate drama of Mozart’s G minor trio, or not lose himself in the Goldberg variations or not stand in awe of the D minor Chaconne played on a lonesome violin?


Strangely, the short story never arouses suspicion of short-changing, probably because the form is so fundamentally different from the novel.


I believe the novella is the perfect form of prose fiction. It is the beautiful daughter of a rambling, bloated, ill-shaven giant (but a giant who’s a genius on his best days). And this child is the means by which many first know our greatest writers. Readers come to Thomas Mann by way of “Death in Venice,” Henry James by “The Turn of the Screw,” Kafka by “Metamorphosis,” Joseph Conrad by “Heart of Darkness,” Albert Camus by “L’Etranger.” I could go on: Voltaire, Tolstoy, Joyce, Solzhenitsyn. And Orwell, Steinbeck, Pynchon. And Melville, Lawrence, Munro. The tradition is long and glorious. I could go even further: the demands of economy push writers to polish their sentences to precision and clarity, to bring off their effects with unusual intensity, to remain focused on the point of their creation and drive it forward with functional single-mindedness, and to end it with a mind to its unity. They don’t ramble or preach, they spare us their quintuple subplots and swollen midsections.

Novellas not only promote economy and unity in writing, but they are a perfect medium for a generation of readers who have shorter attention spans and love movies (a screenplay is around the same length as a novella).
I wonder why Ian McEwan omitted A Christmas Carol from his list of examples (perhaps because it’s too “Christian” for him?). That short book by Charles Dickens, in my opinion, is the greatest example of a classic work of art that has changed the world for good in many ways. For one of Cruciform’s first three titles coming out next month, I had the privilege of abridging and annotating Dickens’ novella Haunted Man, a forgotten classic that I hope will also be used by the Lord to bring his grace and truth into many lives.

Posted by Dave Swavely at 10:33 AM No comments: