The Mystery of Mystery Novels

The mystery of mystery novels is how to find a good one! I love Raymond Chandler's Phillip Marlowe stories from the 1940s (The Big Sleep, The Long Goodbye, etc.), but I can only re-read them every couple years when I've forgotten the plots, and so in between I've been searching far and wide for other good ones (mostly in libraries and used book stores). As in most categories of art and entertainment, I've only found about one in a hundred that I like. I usually stop reading them shortly after I start, because they just don't draw me in enough, they're not my kind of thing, or they have too much offensive material. But once in a while I find a "keeper," so I thought I could save you some time searching yourself by telling you about a few that I liked... 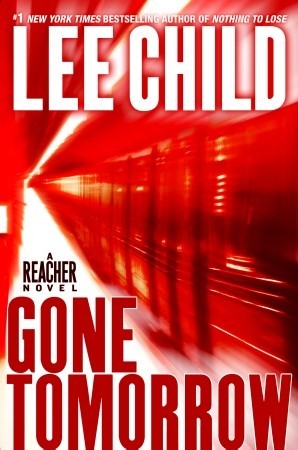 Gone Tomorrow by Lee Childs is one of his many Jack Reacher novels.  I've read several others in the series, and they have pulled me in, but I was not pleased with the total product, partially because of uneven quality but also because Jack Reacher is so often amoral and immoral. Gone Tomorrow is consistently good and mostly unoffensive, except for the one brief but totally unnecessary episode of fornication toward the end. Fortunately it is not described graphically...but why do authors have to throw sex into every story?! Do they think that a relationship can't be good or complete without it? Anyway, the story is very interesting, the hero has some good qualities, and the cover is soooo cool-looking! (Yes, the way a book looks is important to me, and yes, I know I'm weird that way.)  [The next Reacher book, 61 Hours, is also very good, if you can stand the fact that it ends on a bit of a cliffhanger.]

The Good Guy by Dean Koontz was a good read. I've tried several other books by Koontz and have only finished one (The Husband, which was underwhelming, especially at the end). But I thought The Good Guy kicked some derriere...probably largely because of my Christian sensibilities... the main character is actually a good guy, for goodness sake, and that was refreshing in this age of the anti-hero. I have to admit the end was a bit anticlimactic, but at least it was satisfying, and the ride to there was great. Check this one out.

Shutter Island by Dennis Lehane kept me turning page after page to find out what in the world was going on...it was certainly successful by that standard. But it also raised some interesting issues about mental health, psychiatry, and even psychopharmocology that I enjoy mulling over. I tried a couple of his older private eye novels (A Drink Before the War, Prayers for Rain) but can't recommend them because the protagonists are so depraved and the ultimate "lessons" are so nihilistic or hedonistic. But though Shutter Island definitely shared some of the nihilism, it is more well directed at the depravity of man and his hopeless attempts to cure "mental problems" without God.
Posted by Dave Swavely at 12:24 AM